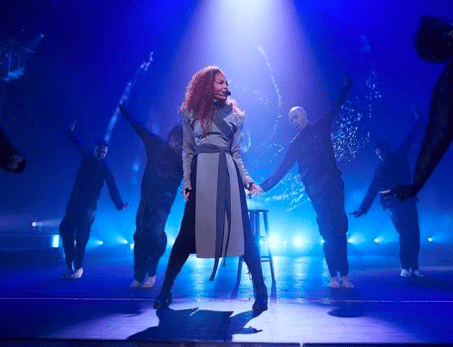 Norway’s largest private theater, the Folketeateret in Oslo, offers one of the biggest stages in Norway, with room for an audience of up to 1400 visitors. The Folketeateret has hosted world stars like Janet Jackson (whose 18-date Las Vegas residency Metamorphosis was also supported by CyberMotion), musicals such as The Sound of Music, Mamma Mia and Billy Elliot, and a variety of comedians, drag performers, ballets and other productions.

In October 2019 the Folketeateret decided to upgrade its turning stage by adding an 18×8 meter Absen DW3 LED screen, which can be lowered onto the stage, effectively dividing the stage into two halves by creating a wall. In order to lift this 4250kg screen the Folketeateret chose one of CyberMotion’s solutions. In addition to delivering a set of seven 1 ton CyberHoist II, CyberMotion also provided the necessary training to operate the system.

Senior Engineer Motion Joeri Swagemakers frequently travels all over the world to provide this training in person. During this standard three-day training course, the client’s assigned technician(s) will learn everything there is to know about the system and receives the corresponding certification. Although often one of CyberMotion’s engineers stays on location to supervise the first show, with the Folketeateret this was not possible since the load-in of the screen was not finished at the time.

“What stood out to me in this project,” Swagemakers says, “is that we usually see these installations in brand new theaters. The Folketeateret is a bit older, which makes their interest in the latest technology all the more interesting. We are very glad they chose CyberHoist II for lifting this new screen.”

One of the reasons the Folketeateret chose for this specific installation, is the system’s accuracy. CyberMotion guarantees absolute precision in chain length as programmed in advance, down to one tenth of a millimeter. This precision is important to the theater, as it allows for the screen to be lifted and lowered while performances are taking place on stage, without endangering the crew and stage performers.

“Having such a big screen in a musical theater is unique in Norway, and having it flown in and out during shows is extreme. The system is accurate enough to put it in the right position every time and safe enough to do it during shows with traffic underneath.” 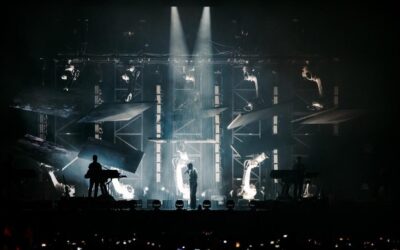 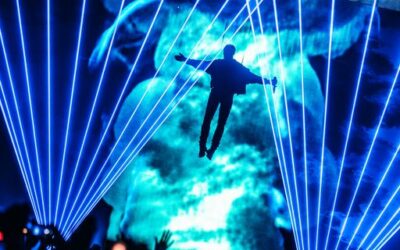